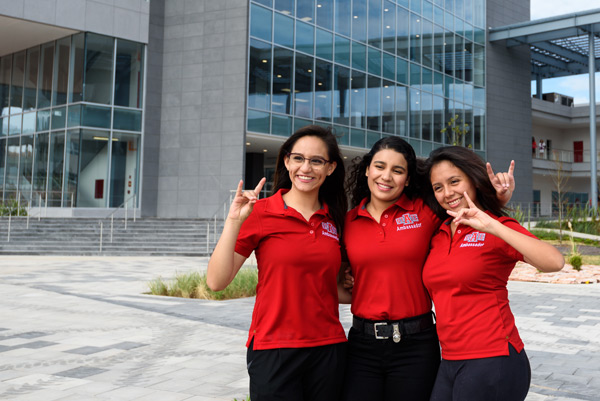 Arkansas State University CQ, A.C., (ASUCQ), a private foundation led by Mexico businessman Ricardo González, invested more than $100 million to build 800,000 square feet of academic and residential buildings and recreational facilities in the first phase of the 370-acre campus and a 2,000-acre community development plan. State funds are not being used to build or operate the Mexico campus, and all of A-State’s startup costs are reimbursed with funds from private gifts.

The grand opening events included a state dinner with local business and government leaders hosted by Dominguez at the historic Palacio de Gobierno, a flag-raising ceremony with national anthems of both countries, a formal program, tours of the campus and interaction with students. In addition to the governors and Welch, speakers included A-State Chancellor Kelly Damphousse, A-State Vice Rector Brad Rawlins and A-State CQ General Director Pablo Anaya.

The initial degree programs cover three major subject areas:  business and communications, engineering and technology, and science.  Eight undergraduate degrees and two graduate degrees are available for A-State CQ students, and diplomas will be valid in both the United States and Mexico.

Construction on six buildings has been substantially completed, with four more expected to be complete by the end of the year. Four additional residence hall buildings will be added next year and a second academic building will be added in year three to support a projected 5,000 students in the first phase.

For more information about A-State CQ, visit AState.mx to learn about the degree programs offered, see the amenities of an American-style residential campus or begin the application process.