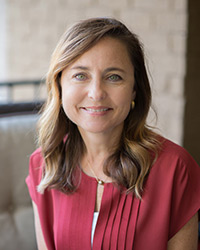 They have three children: Will, Ben and Alex.

Her appointment expires in January 2023. She may be contacted at chclark@asusystem.edu. 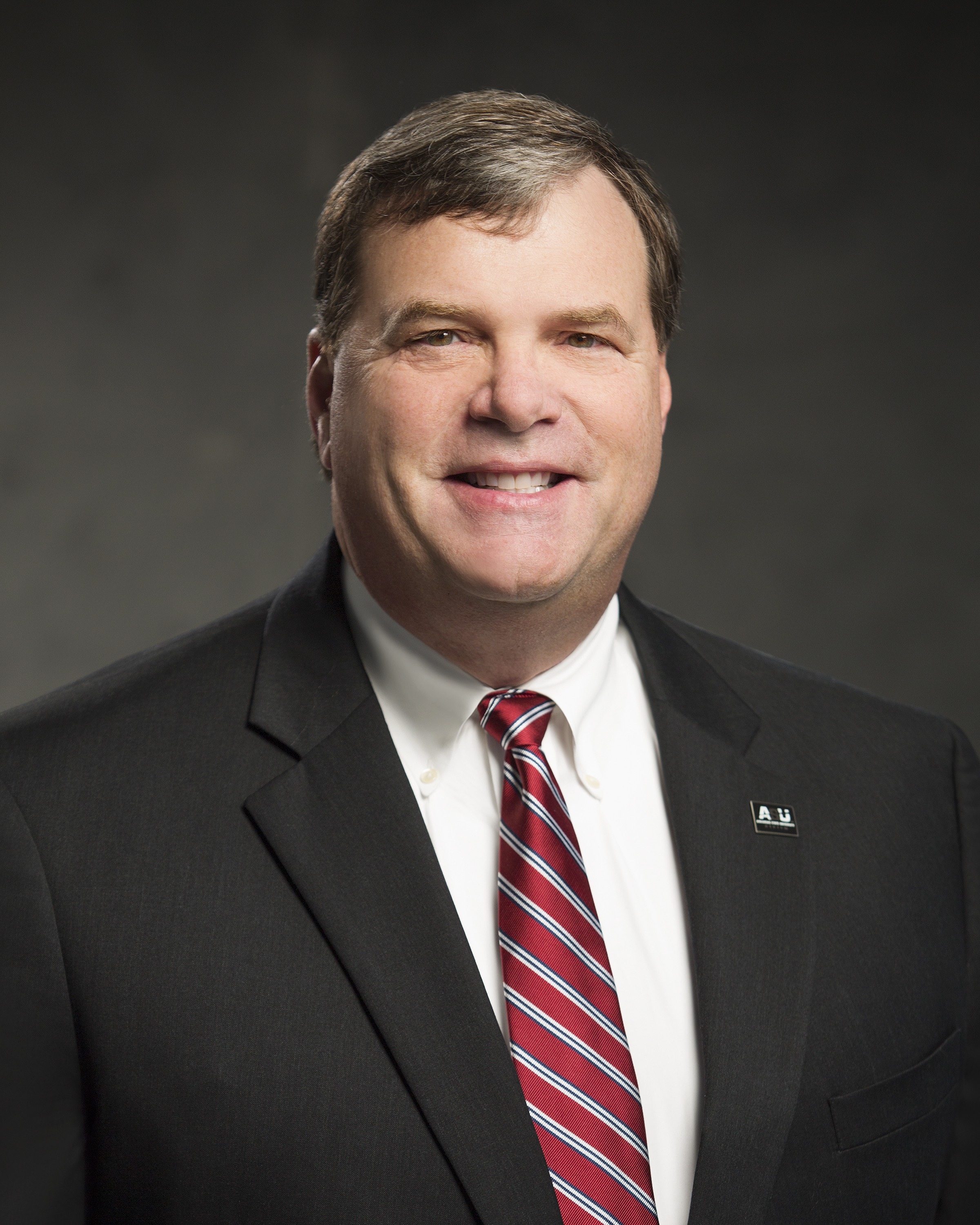 Mr. Price Gardner of Little Rock is the Managing Partner of Friday Eldredge & Clark LLP, the state’s largest law firm, and has been a member of the firm since 1989.

He earned his Bachelor’s degree in accounting at Arkansas State in 1984 and his Juris Doctorate degree from the University of Arkansas at Little Rock School of Law in 1988. He also has a Master of Laws (LL.M) degree in taxation from the University of Florida Levin College of Law. In addition to being a member of the Arkansas bar since 1988, he is also licensed as a certified public accountant (inactive) in Arkansas.

He is a member of Fifty for the Future, Arkansas and American Bar Associations, the Arkansas Society of Certified Public Accountants, the Red Wolves Foundation and Pi Kappa Alpha Fraternity. He is a 1924 Sustaining Life Member of the ASU Alumni Association.

While at Arkansas State, he was a four-year football letterman, two-time All-Southland Conference selection and three-time Southland Conference All-Academic Team. In 2021, he was named a Distinguished Alumni of the UA Little Rock William H. Bowen School of Law.

His appointment expires in January 2029. He may be contacted at pgardner@asusystem.edu. 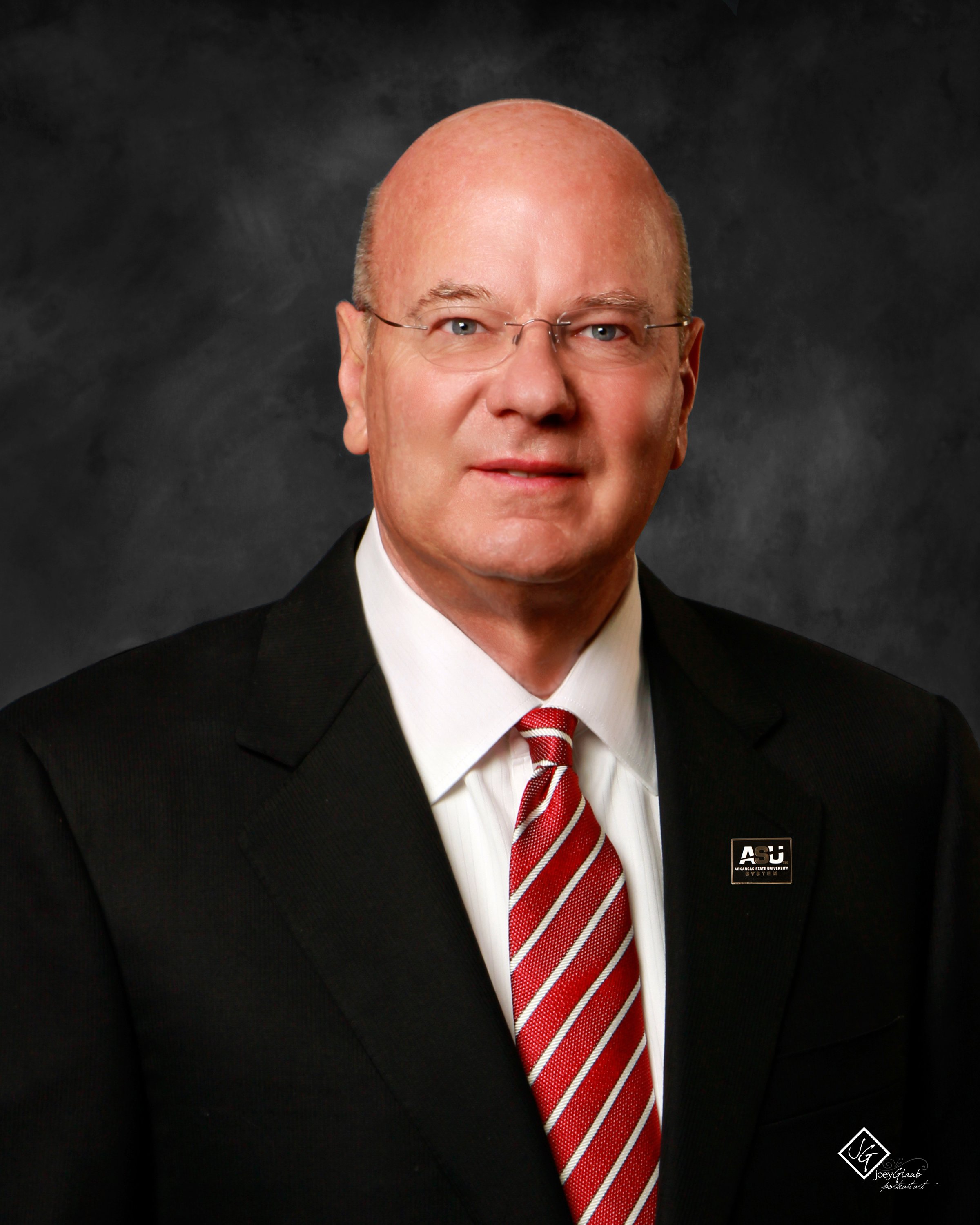 Mr. Niel Crowson of Jonesboro is chairman of the board of E.C. Barton & Company, one of Arkansas’ largest privately owned businesses. He serves as a board member and executive committee member of St. Bernard’s Healthcare and is a member of Jonesboro Unlimited.

Mr. Crowson also is a board member for the Arkansas Economic Development Foundation and a member of the Arkansas Good Roads Association. He has been significantly involved in the Do It Best Corporation, the Jonesboro Jaycees, and the Northeast Arkansas Regional Solid Waste Disposal Authority.

Mr. Crowson earned a bachelor’s degree in agriculture from Arkansas State University in 1975. He was first appointed by Gov. Asa Hutchinson in 2015 and served as chair of the ASU Board in 2019. He was reappointed in 2020 and his reappointment expires in January 2025. He may be contacted at ncrowson@asusystem.edu. 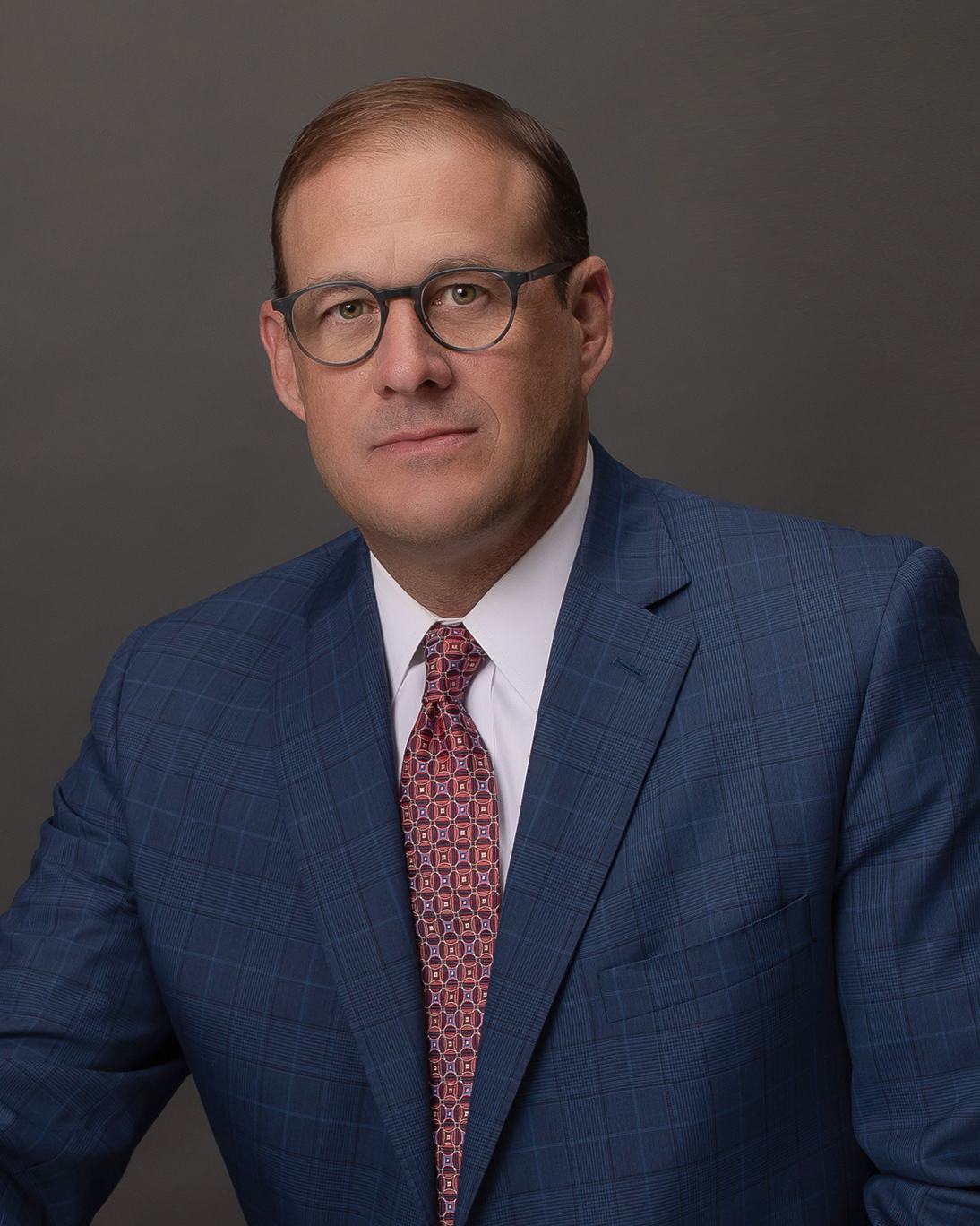 A native of Harrisburg, he earned a Bachelor of Science degree in finance from Arkansas State in 1992 and a Master of Business Administration degree from A-State in 1998. He also holds a degree from the Southwestern Graduate School of Banking from Southern Methodist University.

Morgan is chairman of the Jonesboro Advertising and Promotions Commission, where he has been active in many tourism- and sports-related economic development projects. He was also an integral part of the development of the Embassy Suites Hotel and Red Wolf Convention Center.

He is past president of the Jonesboro University Rotary Club, where he has received two Paul Harris Fellow awards; served as a board member of the Arkansas Bankers Association and Craighead County Community Foundation; and was chairman of the First United Methodist Church finance committee.

Morgan was selected as an Arkansas Business “40 under 40” honoree in 2007 and as a Jonesboro Sun “12 People That Make Things Happen” honoree. He is a member of the Pi Kappa Alpha Fraternity, where he received the Alumni of the Year Award. He is also a 1924 Sustaining Life Member of the A-State Alumni Association.

Jerry is married to Caroline Bishop Morgan, who received a Master of Communication Disorders degree in speech-language pathology from A-State and practices at the Valley View School District. They have two children, Luke and Kate Morgan. 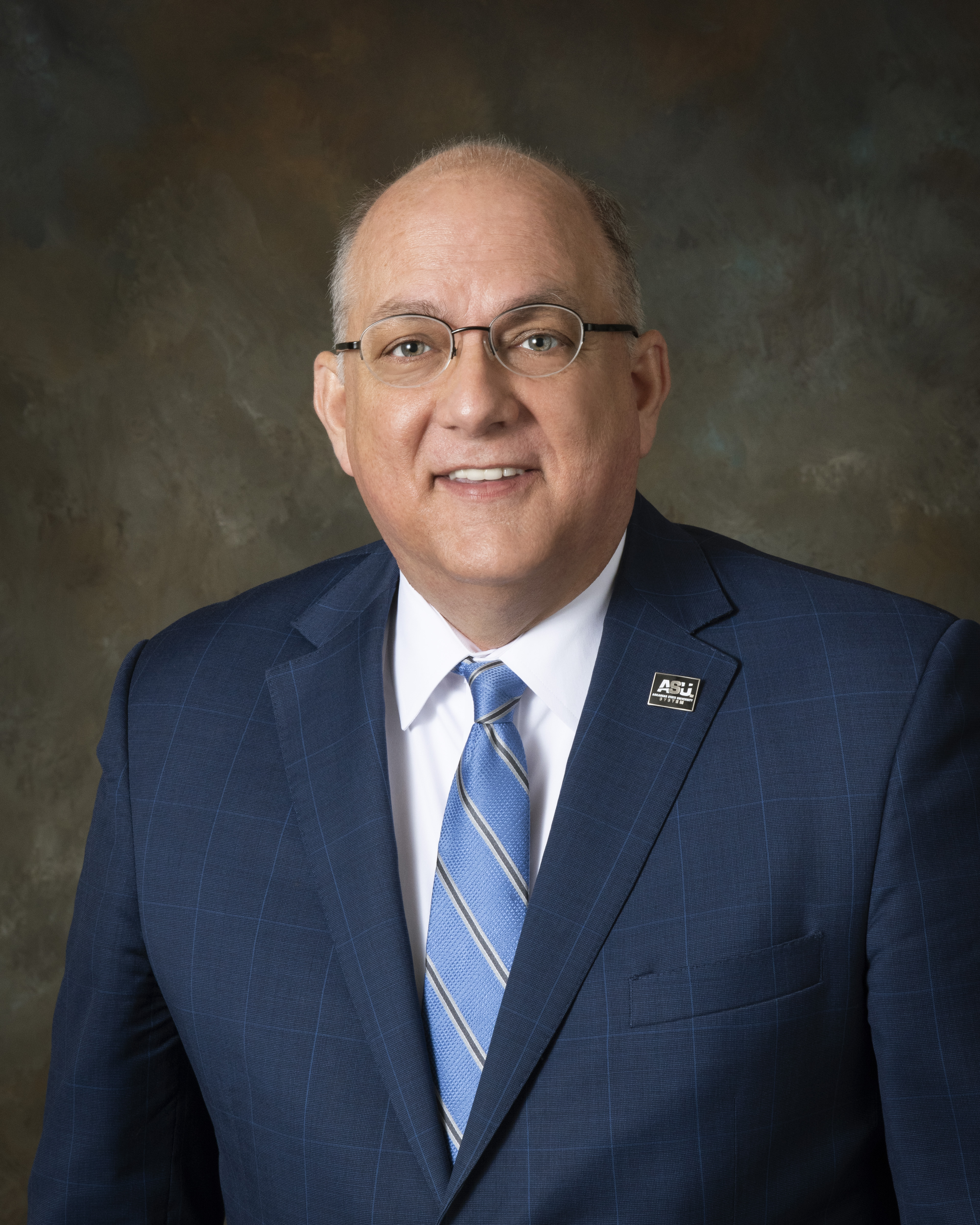 Steve Eddington, a 1984 graduate of Henderson State with a Bachelor of Arts in journalism and a 1997 graduate of the University of Arkansas at Little Rock with a Master of Arts in journalism, is vice president of public relations at Arkansas Farm Bureau Federation. He joined Farm Bureau in 2003 and is responsible for public information efforts that promote the policies, programs and achievements of the 190,000-member statewide agricultural advocacy organization.

A native of Warren, he was previously a communications executive at Alltel Corp., Alltel Information Services and Arkansas Blue Cross and Blue Shield. He is a former sportswriter at the Arkansas Democrat and was sports information director at Henderson.

In addition to serving as president of the Alumni Association, Eddington is a life member of the H Club and a member of Sigma Tau Gamma at Henderson.

He and his wife, Vanna McCauley Eddington, have three children: Hannah Lamb, a teacher in Nashville, Tenn.; Sarah, a second-year psychiatric resident at Barnes Jewish Hospital in St. Louis; and Sam, a third-year pharmacy student at UAMS, as well as a granddaughter.

His appointment expires in January 2026. He may be contacted at seddington@asusystem.edu. 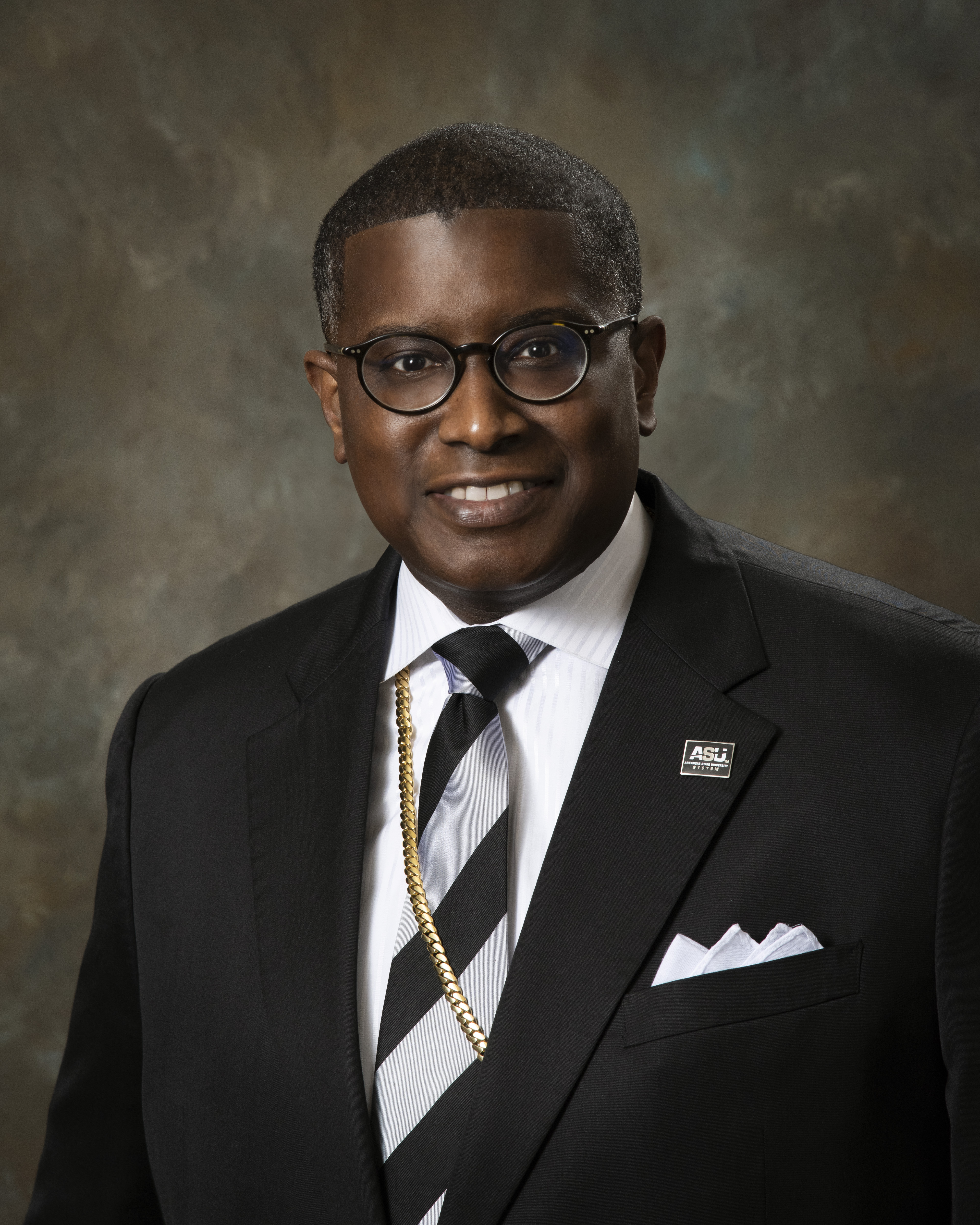 Bishop Robert G. Rudolph Jr. received a Bachelor of Arts degree in political science in 1990 from Henderson State University, where he served as student body president. He is currently completing his Master of Public Administration degree from the University of Texas at El Paso. Bishop Rudolph is the former Adjutant General of the Church of God in Christ and currently serves as the Prelate of the St. Maarten Reheboth Ecclesiastical Jurisdiction for the denomination. As the Jurisdictional Bishop, he provides executive direction and leadership to several eastern Caribbean churches and ministries. In addition, he has 30 years of pastoral experience serving congregations in Arkansas.

Rudolph was raised in Harrisburg and Malvern, Ark., and is a member of the Alpha Phi Alpha Fraternity. His secular career spans three decades in government, including service as a clerk for the Arkansas General Assembly, a congressional aide and a special assistant to the Governor of Arkansas. In 2021, Governor Asa Hutchinson appointed him as a member of the Arkansas State University System Board of Trustees. Rudolph is married to Michelle Parham Rudolph and has participated in the White House Roundtable of African American Faith Leaders.

His appointment expires in January 2027. He may be contacted at rudolph@asusystem.edu. 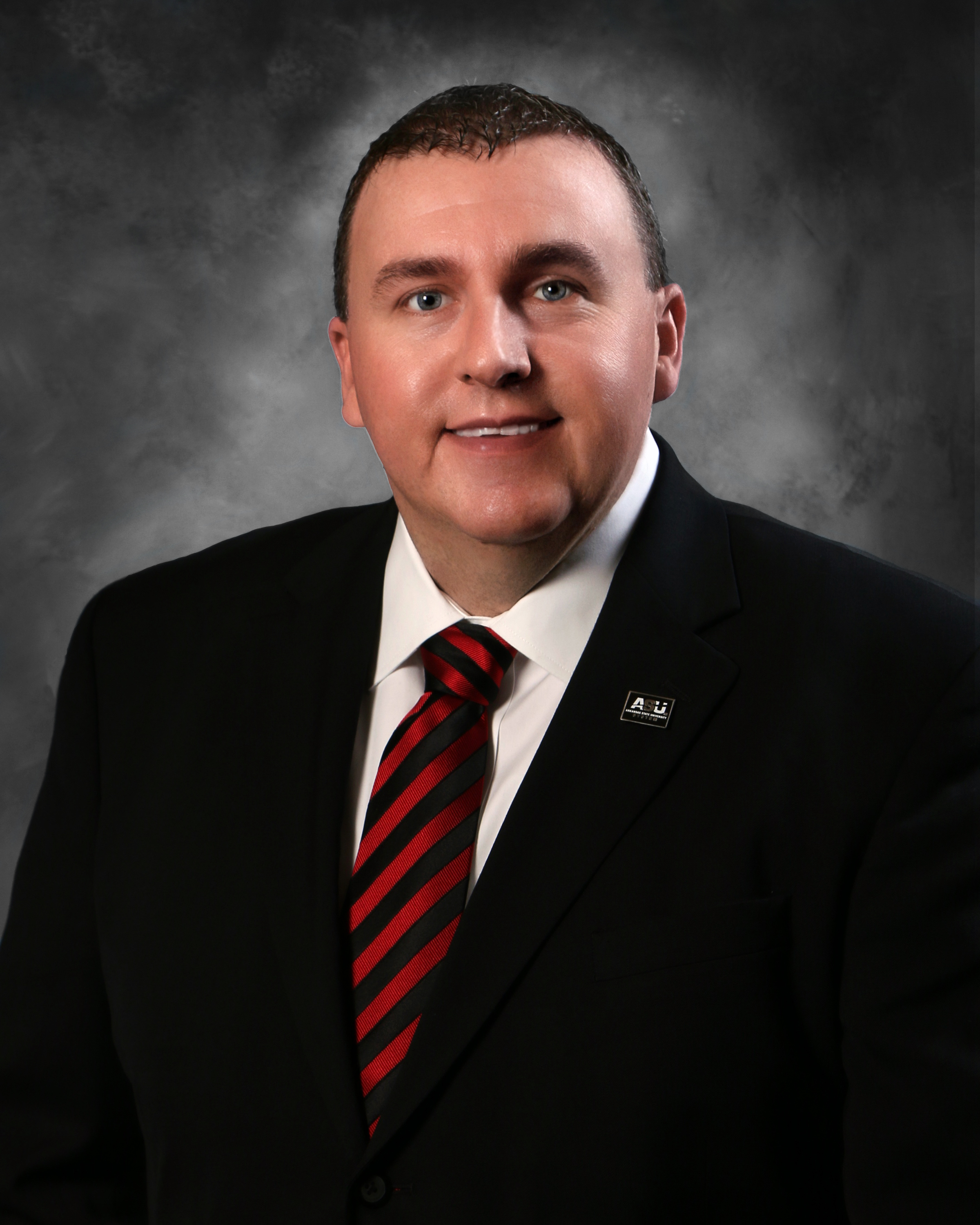 Paul Rowton, a 1998 graduate of Arkansas State with a Bachelor of Science in marketing, is executive vice president of GES Inc. GES operates eight Edwards Food Giant stores and five Edwards Cash Saver stores. He is also a partner in Fast Lane Markets LLC, which owns and operates convenience stores.

His appointment expires in January 2028. He may be contacted at prowton@asusystem.edu.